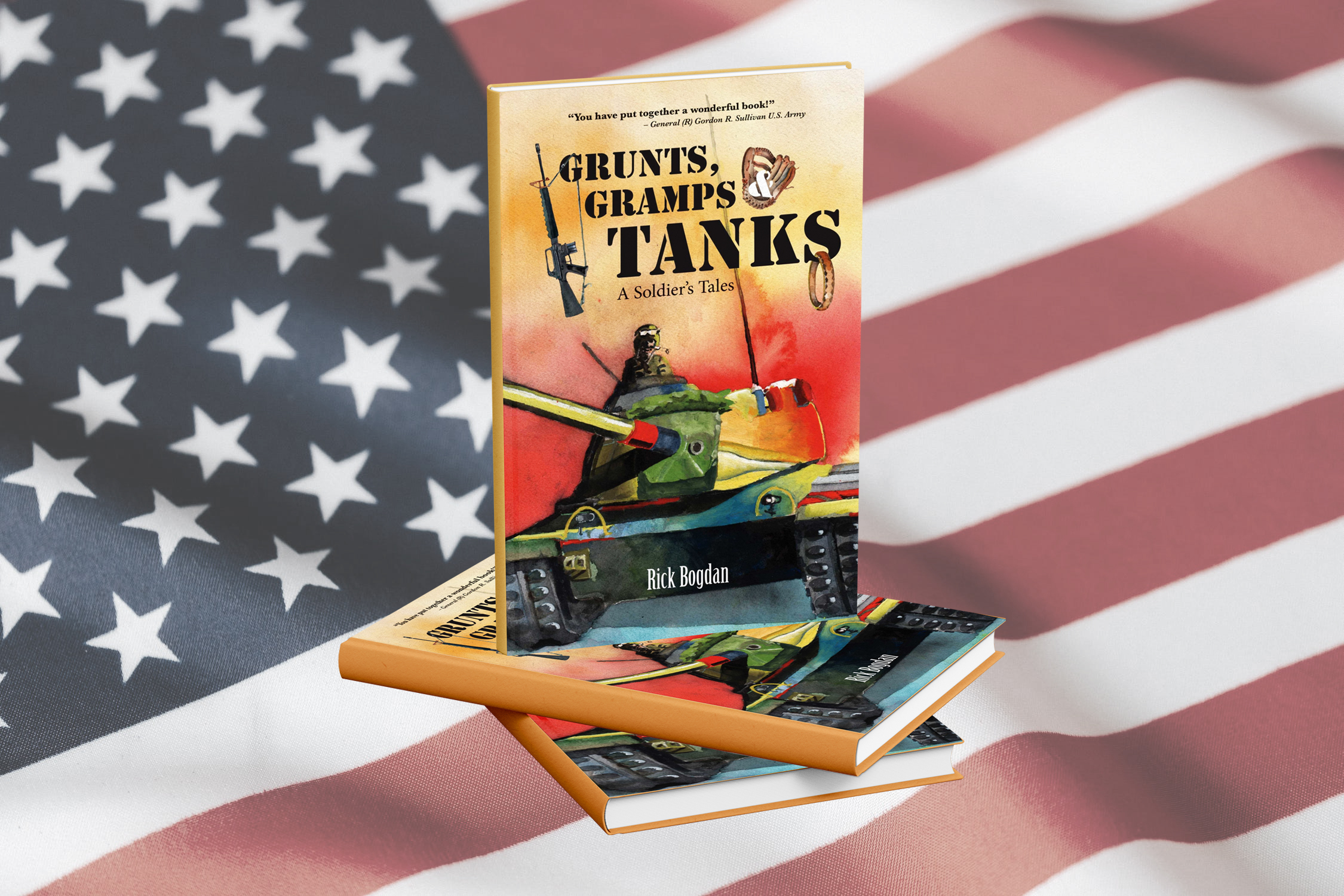 The United States’ involvement in South Vietnam lasted roughly 20 years. For much of that time, American forces were actively engaged against the North Vietnamese. As the war lingered on and public sentiment turned against the war, the U.S. eventually withdrew in 1973. Within two years, the South Vietnamese government would fall and Vietnam was unified under the Communist regime.

That is a very simplistic description of 20 years of conflict. The men and women who served in Vietnam each have a unique perspective on their time there, and many of them have written about it, immortalizing their experiences as part of the U.S. military story forever.

Those who served in the post-Vietnam era were still very much at war, Cold Warriors who maintained readiness, waiting for World War III with the Soviet Union around the world. Yet, their stories are few and far between. What life was like for the GI in a post-Vietnam world is largely undocumented.

Rick Bogdan joined the Army as a Private during this period. His book “Grunts, Gramps & Tanks: A Soldier’s Tales” details just that: what serving in the Army was like at a time when war was no longer hot and the world’s attention was no longer focused on the Army. He left his life as a junior corporate executive for the life of an infantry private. He would serve on active duty for 17 years, become an officer, and join the Army Reserve for another 13 years.

“It’s quite apparent that those of us who served during the U.S. Army’s incredible post-Vietnam transformation took part in a unique era,” Bogdan notes in his biography. “Very little literature exists except official historical documents. So I decided a novel that captured the essence of that turbulent time, down to GI level, could fill a void while providing some needed insight.”

“Grunts, Gramps & Tanks: A Soldier’s Tales” consists of 19 stories from his time serving, from July 1975 to June 1984, through the eyes of characters Tyler Willett, his wife Nancy, and their son Sean. They echo his own rise to the rank of Lieutenant Colonel while offering insights into the lives of military families from the time, recounting the trials and tribulations unique to those families.

“I was fortunate to also serve as a Department of the Army civilian, working as a military analyst, then an editor, and finally a managing editor for two agencies,” Bogdan says. “In these capacities, I did a great deal of professional writing, re-writing, and editing but had no time for creative writing.”

The Vietnam War cast a long shadow over U.S. military history, and despite the victories in Grenada and Panama, many analysts believe the specter of the war was looming over the United States military until the Gulf War of 1991.

As a result, the post-Vietnam era is a largely under-addressed one, despite the efforts of hundreds of thousands of service members who joined a fighting force so formidable it helped bring down the “Evil Empire” of the Soviet Union without firing a shot. Standing behind them were even larger numbers of military dependents as they trained for a war that would never come – but the troops didn’t know that at the time.

A generation of veterans lived and worked under the threat of all-out war that would likely mean the death of them all. Bogdan’s book, through the prism of his own experiences, shows what life was like for troops at all levels, as Bogdan’s rise through the ranks gives him unique insight into each level.

“As the years pass, I realize the incredible impact Army service had and continues to have on my life, and that impact is the direct result of the people and events during those formative years that shaped me personally and professionally.”

Readers and veterans from all eras will enjoy the universal nature of Willett’s experiences and will recognize their own experiences through his. Veterans in particular, will enjoy the snapshot of what serving was like during this oft-forgotten era.

“Grunts, Gramps & Tanks: A Soldier’s Tales” is on sale now via e-book for around $3.00, paperback for around $18, and audiobook for S11. Catch it at Amazon, Barnes and Noble, or wherever books are sold.