What is the New United States Space Force? 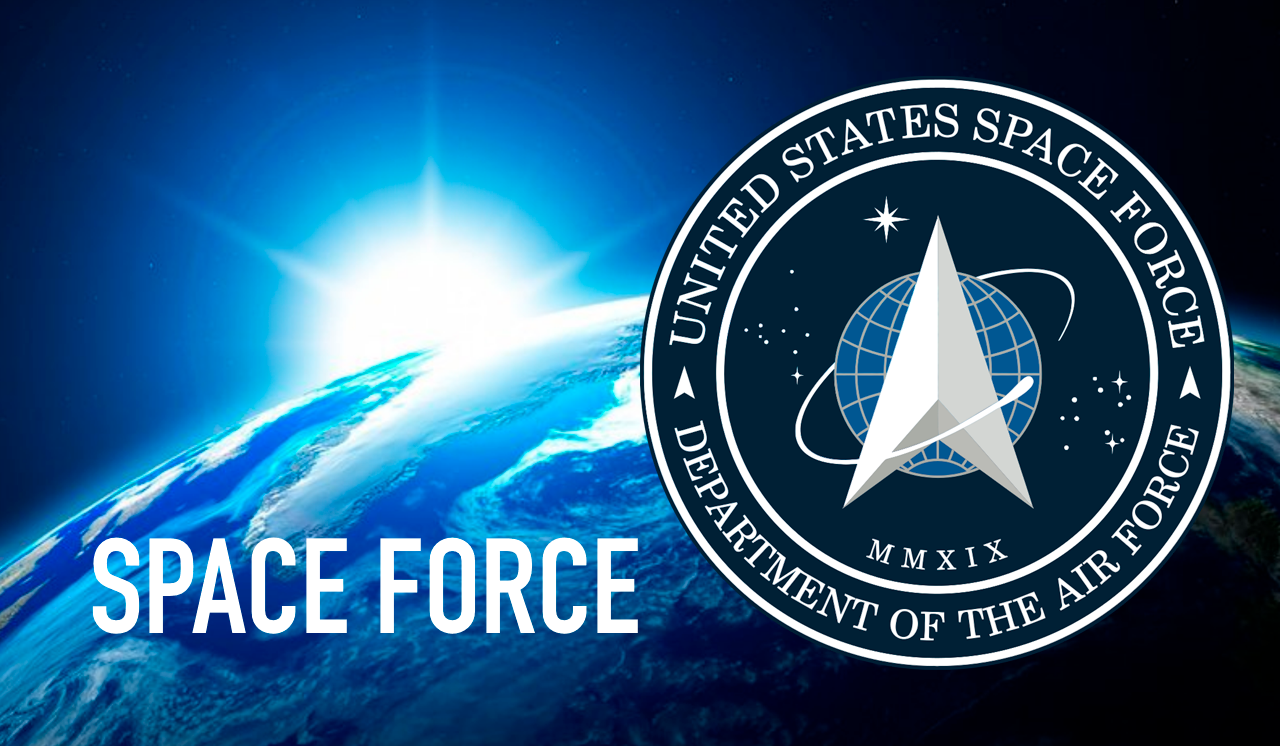 If you haven’t been paying attention to military news for the last few years, you could easily be forgiven for asking, ‘What is the Space Force?’ Though it sounds like something out of a cheap science fiction novel, it constitutes a significant proportion of the ongoing defense budget. President Donald Trump instituted several changes in the Department of Defense policy during his tenure as commander-in-chief of the United States Armed Forces, but none more dramatic than creating a new branch.

What Will Space Force Do?

The goal of the Space Force, stated by President Trump during his public proposal, is American dominance in space. In practice, the goal is not to immediately turn outer space into military space: the Space Force will not be comprised of astronauts slinging laser guns. Instead, the focus will be on protecting America’s interests in space. Essentially, the United States Space Force will be continuing the work that Air Force Space Command and other commands have previously done: maintaining and protecting military systems in space, such as GPS satellites, and gathering intelligence on activities such as missile launches and weather systems.

Currently, the sixth branch of the US Armed Forces model is to follow a Navy-style approach, in which personnel man equipment, rather than soldiers receive equipment. Initially, 16,000 personnel will be re-assigned to the Space Force from various Air Force bases, and all projections indicate that the branch will be lightly manned for the foreseeable future. That said, the newest branch will still be represented on the Joint Chiefs of Staff by the Chief of Space Operations, General John W. Raymond. He was also announced as the first member of the Space Force and Chief of Space Operations. On the same day, the Trump administration signed the 2020 National Defense Authorization Act, 20 December 2019. In terms of grand structure, the Space Force will sit within the Air Force in the same way that the Marine Corps sits within the Navy.

At the time of writing, the Space Force has been assigned a utility uniform functionally identical to the Army and Air Force’s utility uniforms. There is no separate service dress uniform, rank structure, or official name for members serving in the Space Force. Decisions about these elements will be finalized after a deliberative process intended to properly honor the excellence and heritage of those serving and who will serve in the US Space Force.

How Can I Join The Space Force?

The possibility of beginning one’s military service in the Space Force, as opposed to transferring from the Air Force, Marines, Coast Guard, Army, or Navy, has not yet been realized. The intention is for the Space Force to establish a headquarters at the Pentagon and a command element at Peterson Air Force Base, CO. Once this has been accomplished, the airmen and civilian personnel assigned to the Space Force are appointed or enlisted into the service. Opportunities for new recruits to the Space Force should open up in short order. In the meantime, those interested in joining the US Space Force in the future should look at current Air Force space-focused career fields, particularly Space Operations and Space Systems Maintenance. Space Force civilian staff positions have been made available through the Air Force jobs portal.

What Will Be The Impact of The New Military Branch?

The newest military branch will eventually need to be staffed by individuals from the Force itself. It will possess the organic capability in space operations, intelligence, acquisition, and other operational support specialties. However, it will receive support from the Air Force regarding the base operating, logistics, medical, dental, and legal support. The Force will transfer and train individuals currently assigned to space operations and space systems operations. There will also be career fields shared between the USAF and the USSF— intelligence, cyber, acquisitions, and engineers— with individuals possessing this expertise in both branches. Airmen with any of these experts will receive information on the transfer strategy and will have the opportunity to volunteer for transfer. In the short term, those that would prefer not to transfer and stay in the USAF will be accommodated, even if their Air Force Specialty Code is organic to the Space Force. However, the long-term goal is that all those with specialties organic to the Space Force either transfer, retrain into an Air Force specialty, or separate/retire. Those with shared specialties can remain in the Air Force, though they may be assigned to support the USSF. Any space missions currently conducted by other branches of the Armed Forces will be consolidated into the Space Force over time to comply with the law. Congress is responsible for deciding to establish a Space Guard and Space Reserve. Until that time, the Air Force Secretary is responsible for directing the alignment of Air Guard and Reserve units to the USSF if necessary.

No changes to pay, allowances, or benefits will occur, including retirement, so long as the transfer occurs without a break in service. Service members transferring into the Space Force will retain the grade they previously had, with no penalty for transferring. It will not affect time-in-grade or retirement eligibility. Nor do there seem to be any plans at this time for the introduction of new grades or any comparable deviation from the structure of the Air Force.

Together We Served looks forward to providing its veteran locator service to members of the United States’ newest military branch.