The Wreck of the USS Indianapolis Discovered 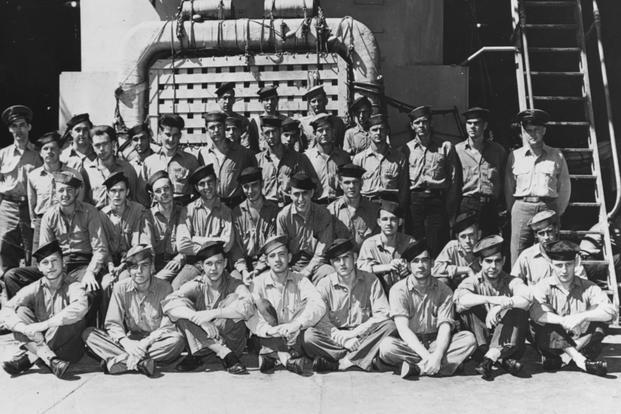 Update on the USS Indianapolis

The wreckage of the USS Indianapolis, the Navy cruiser sunk by an Imperial Japanese submarine 72 years ago during the waning days of World War II, was finally discovered on Saturday, reports Chris Buckley at The New York Times.

A team financed by Paul Allen, the co-founder of Microsoft, discovered the warship 18,000 feet deep in the North Pacific Ocean. Kristine Phillips at The Washington Post reports the ship was on a super-secret mission to Tinian in the Northern Mariana Islands in late July 1945, to deliver the components for the “Little Boy” atomic bomb dropped a week later on Hiroshima, Japan.

After delivering her payload, the ship was sailing in the Philippine Sea on its way to rendezvous with other ships in preparation for an attack on Japan.

After delivering her payload, the ship was sailing in the Philippine Sea on its way to rendezvous with other ships in preparation for an attack on Japan.

The Beginning of the Tragedy of The USS” Indianapolis”

Around midnight on July 30, however, Japanese submarine I-58 intercepted the ship and launched torpedoes, fatally wounding the 610-foot vessel. It only took 12 minutes for the Indianapolis to go completely under. Phillips reports about 800 of the crew of 1,197 were able to get off the ship alive, crammed into a handful of lifeboats and floating around the ocean in life jackets. As it turned out, that was the beginning of the tragedy.

Reports of the sinking did not reach the Navy because of the ship’s secret mission and no one knew there were hundreds of men scattered in the ocean. While Navy intelligence had intercepted a message from the Japanese submarine responsible for torpedoing the Indianapolis, the transmission was dismissed as a hoax, and over the next four-and-a-half days, the sailors had to fend for themselves.

Natasha Geiling at Smithsonian.com reports that the survivors had to tread water because their life vests weren’t buoyant enough to keep them afloat. Without much food or fresh water, men slowly perished. But the worst of it was the sharks.

The sharks were drawn to the area by the explosion of the sinking ship as well as men thrashing in the water and the blood of the wounded. One by one the survivors saw wounded men get dragged under by sharks, only to have their mutilated corpses later float to the surface.

By the time a spotter plane found the men at sea and ships were deployed to rescue them, only 317 of the roughly 800 men who went into the water remained. Up to 150 had died from shark bites, making the sinking the worst shark attack in history.

The story of the Indianapolis was brought into the popular spotlight by the movie Jaws in which the captain hunting the huge shark tells his story of surviving the harrowing shark attack.

According to a press release, the ship was located by Allen’s Research Vessel (R/V) Petrel in an undisclosed location in the North Pacific. The team was able to locate the ship after new information about its whereabouts surfaced in 2016 when a naval historian identified a landing craft that had spotted the Indianapolis the night it went down. Using that information, the team was able to narrow its search to a 600-square-mile section of open ocean. Using state-of-the-art remote-operated vehicles and sonar, they found the wreck and were able to identify it beyond a shadow of a doubt using insignia on the hull and other markers.

“To be able to honor the brave men of the USS Indianapolis and their families through the discovery of a ship that played such a significant role during World War II is truly humbling,” Allen says in the statement. “As Americans, we all owe a debt of gratitude to the crew for their courage, persistence, and sacrifice in the face of horrendous circumstances. While our search for the rest of the wreckage will continue, I hope everyone connected to this historic ship will feel some measure of closure at this discovery so long in coming.”

There are 19 survivors of the wreck who are still alive (Albert Morris, Jr. died at age 92 on August 15, 2018). ​Scott Neuman at NPR reports that the location of the ship will be kept secret and the site will be administered as a war grave.

Please visit this site to hear a first-hand account of the sinking of the USS Indianapolis by survivor and TWS Member Edgar Harrell. https://www.youtube.com/watch?v=K_Yhm_xBTOI