Five Years to Freedom: The True Story of a Vietnam POW by James N. Rowe 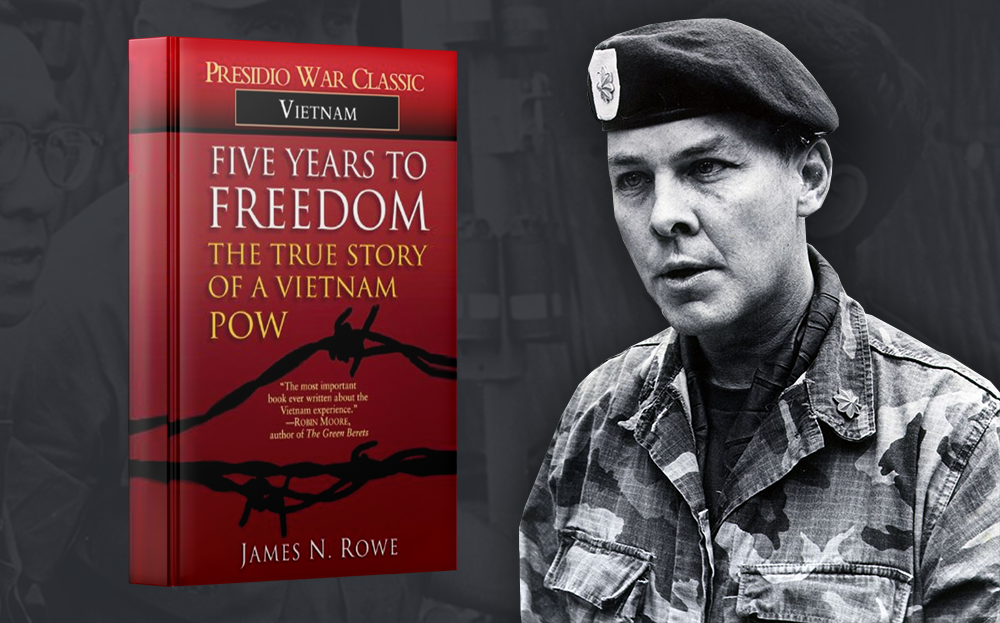 Five Years to Freedom: The True Story of a Vietnam POW by James N. Rowe

When Green Beret Lieutenant James N. Rowe was captured in 1963 in Vietnam, his life became an intensely grueling endeavor that few could have survived. Rowe had been in Vietnam for only three months when he was captured.

Imprisoned in a Viet Cong POW camp in an area known as the Forest of Darkness, Rowe endured beri-beri, dysentery, and tropical fungus diseases. He suffered demoralizing psychological and physical torment. He experienced the loneliness and frustration of watching his friends die. And he struggled every day to maintain faith in himself as a soldier and in his country as it appeared to be turning against him. However, he cunningly obfuscated his true status as an intelligence officer from the enemy, claiming to be a draftee engineer responsible for building schools and civic works projects. His training at West Point enabled him to keep up this pretense, until the Viet Cong learned of the deception by obtaining a American list of high-value POWs in which he was listed. They were furious at being fooled and he was ordered to be executed.

Marked for execution after 62 months of captivity, Rowe was led into the jungle to be shot. However, he mounted a dramatic escape, overpowering and evading his guards then flagging down a friendly helicopter.

His survival is testimony to the disciplined human spirit.

His story is gripping.

“The Most Important Book Ever Written About The Vietnam Experience.  The people of the United States can be immensely proud of Nick Rowe and Americans like him who have resisted and survived the worst abuse a brutal enemy could visit upon us.” ~ Robin Moore
“If you can read this story and not weep, you are inhuman.” ~ The Cincinnati Post

Rowe was promoted to Major while in captivity, and received the Silver Star in recognition of the exceptional military preparation and readiness that led to his escape. Thanks to a secret diary he was able to keep during his captivity, his account of his imprisonment is highly detailed. Rowe was able to complete this book in 1971, and shortly thereafter joined the US Army Reserve to continue serving his country. He is responsible for the drafting of the Survival, Evasion, Resistance, and Escape (SERE) course for the U.S. Army, based on his experiences as a POW. This course is now a requirement for graduation from the U.S. Army Special Forces Qualification Course, and variations are included in the Navy, Air Force, and USMC Special Operations training. Sadly, he was assassinated as a Colonel in the Philippines in 1989, while providing counter-insurgency training for the Philippine Armed Forces against the New People’s Army.