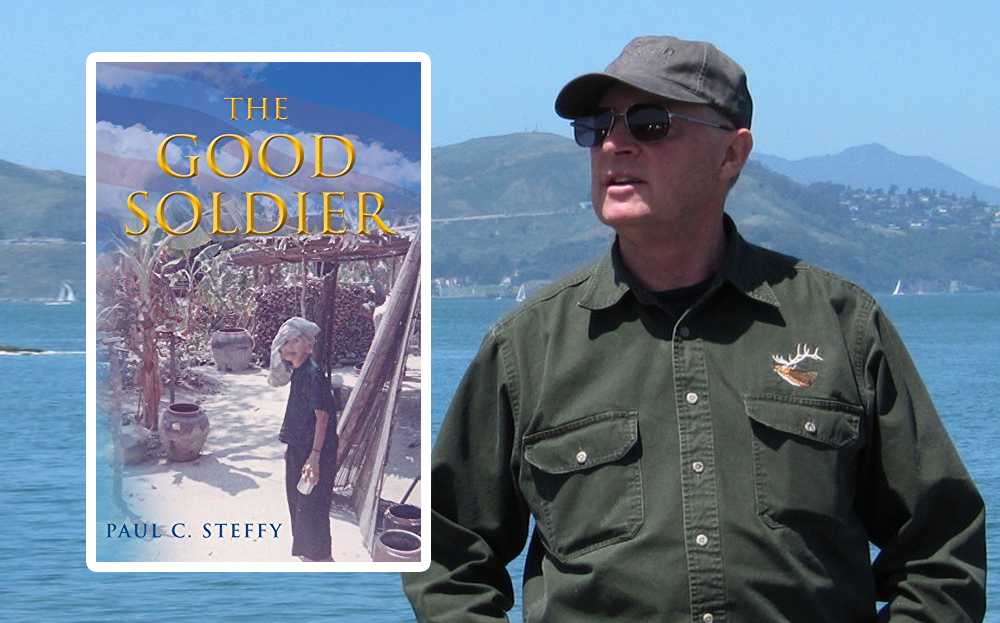 The second novel by Army veteran Paul C. Steffy, The Good Soldier is a story of a young volunteer who suffers deeply as a result of his service. Alcoholism, multiple failed marriages, and recurring nightmares: Brad Thomas is in a pit of regrets with no recourse. None, that is, except confronting his trauma and returning to Vietnam to deal with the consequences of breaking a promise which he’d exchanged for an unexpected gift.
Despite its dark subject matter, The Good Soldier is a tale of hope in the face of horrors.

Reader Responses to The Good Soldier

Told with the kind of attention to detail that’s only possible from a guy who ‘was there.’ The author’s moving tale of the mingling of cultures and traditions in the midst of political hatred and bloodshed is remarkable in its insights into those unexpected things that can both divide and unite us. Bravo, Good Soldier.” ~ S.L. Burge

“Especially moving was the harrowing account of the death of a close friend, from being shot in the head by a sniper’s bullet while their platoon was on a patrol, who had compassionately taken the author’s turn carrying a heavy weapon, which made him an easy and enticing target.” ~ Paul Friedman

About the Author of The Good Soldier

Paul C. Steffy is a widely traveled US Army veteran who served with the 9th Infantry Division during Tet. He enjoys outdoor pursuits and has written another novel called The Second Time Around, set in WW2, as well as two novelettes and multiple short stories. Steffy currently enjoys his retirement in the US Southwest.