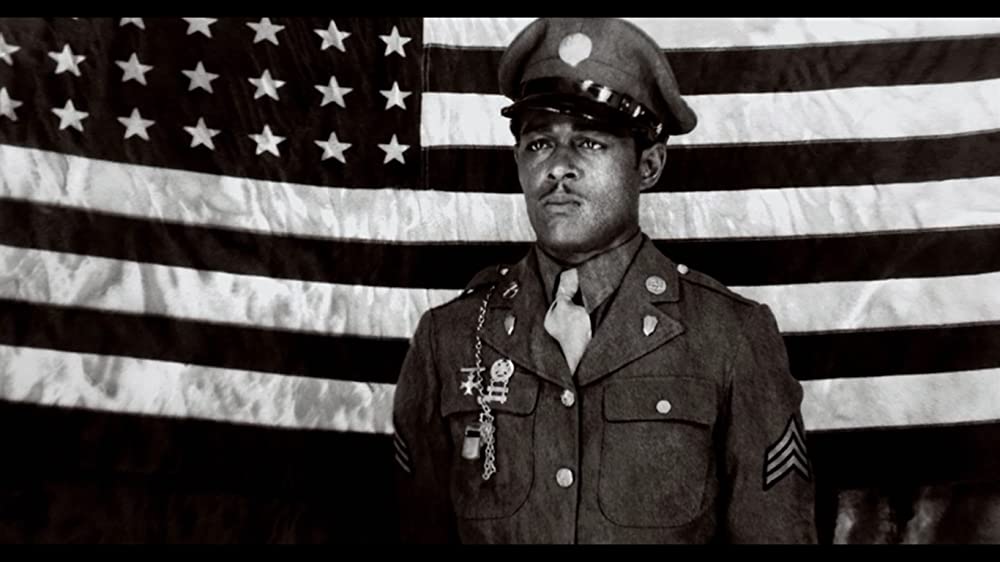 A career Army noncommissioned officer, Edward Carter Jr. was born May 26, 1916, in Los Angeles, California. He was the son of missionary parents who went to the Far East and finally settled in Shanghai, China. Edward ran away from this home when he was a young teen to begin a military exodus. However, it was not to be an ordinary journey as his material and spiritual paths intertwined.

His first tour was short-lived, yet not too short to prevent the 15-year-old Carter from rising to the rank of Lieutenant in the Chinese Army. When he was discovered to still be a child, Edward was promptly discharged and returned to his parents. It was also long enough for Carter to believe he was visited by a spirit in the Chinese Army and informed him would be a great warrior but would not die in war. Now having a spiritual military destiny, as soon as he was old enough, Edward enrolled in a Shanghai military school. There he received extensive combat training and learned at least four languages, including Mandarin Chinese, Hindi, and German.

Next, he fought in the Spanish Civil War as a corporal in the socialist Abraham Lincoln Brigade. It was an American volunteer unit opposing General Franco’s fascist troops. In 1938, they were forced to flee into France. This led to his return to the United States.

Here he met and married his wife Mildred in Los Angeles in 1940. It wasn’t long though before destiny called again. He enlisted in the U.S. Army September 6, 1941, shortly before World War II and quickly rose to Staff Sergeant. In 1942, just months after he enlisted, however, the Army opened a counterintelligence file with his name on it. On May 18, 1943, an unidentified intelligence officer at Fort Benning, Georgia “deemed it advisable” to put Sergeant Carter under surveillance and start an investigation. The officer did so because Carter had been a member of the Abraham Lincoln Brigade. Allegedly, “while not necessarily communist,” he had been “exposed to communism.”

The report further alleged, “Subject… capable of having connections with subversive activities due to… early years (until 1938) in the Orient” and had a speaking knowledge of Chinese. Every commander Carter had thereafter secretly reported what he read, where he went and what clubs he joined.

In 1944 he was shipped to Europe and ended up assigned to supply duties. When Gen. Dwight Eisenhower ran short of combat-arms replacements in December 1944, he instituted the volunteer Ground Force Replacement Command for rear-echelon Soldiers of all races. By February 1945, a total of 4,562 black Soldiers were serving in units up to company size attached to previously all-white infantry and armored divisions.

At the height of his career he was even close to Gen. George S. Patton, serving as one of the general’s guards. Patton had no room for prejudice in the ranks. They had a strong bond with the fact they both believed they had been visited by a spirit who foretold accomplishments on the battlefield.

After months of volunteering, Carter’s platoon made it into combat, yet he had to accept a demotion to Private. This was because his superiors would not allow a black to command white troops. He eventually served in the “Mystery Division” of blacks in Patton’s Third Army. (The Mystery Division performed missions requiring uniforms without identifying unit insignia.)

In March 1945, the tank on which Carter, then 28, and other infantrymen were riding came under heavy small arms and anti-armor fire. Unit members thought the fire had come from a large warehouse on the outskirts of town. This resulted in him volunteering to lead three other Soldiers on a patrol against the German position. They advanced toward the structure and took cover where they located and assessed the approximate enemy strength. They left this cover to cross 150 yards or so of open fields to the warehouse.

One American Soldier was soon killed and Carter sent the two survivors back to hold the position covering his advance. There, another comrade was killed and the other seriously wounded by the German defenders. Carter inched his way to a place of safety behind a ridge 30 yards away and endured an exchange of gunfire with the warehouse. Along the way, his deadly fire knocked out two enemy machine gun nests and a mortar crew.

He paid a price though, as a machine gun burst put three bullets through his left arm. Continuing, he was knocked to the ground by another wound to his left leg. Then, after taking “wound tablets” a drink from his canteen was interrupted with another wound through his left hand. Three shrapnel wounds followed and were credited for the pain he endured the rest of his life.

After enduring Carter’s close proximity and periodic fire, German officers in the warehouse finally sent eight Soldiers to flush him out and finish him off. He lay still for two hours until the patrol approached him, thinking the blood-soaked American Soldier was dead.

Suddenly, Carter, seriously wounded, opened fire with his .45-caliber submachine gun. He shot six of the enemy dead and took the other two prisoners. Using them as a human shield, the Sergeant made his way back to the American tanks. As another act of courage, Carter refused to be evacuated until he could report all he had observed and extract needed information about the enemy’s emplacement from his German-speaking prisoners.

After recovering from his wounds in less than a month, he was restored to his staff Sergeant rank and finished the war training troops.

At this point, October 1945, he had been awarded the Distinguished Service Cross, Bronze Star, Purple Heart, American Defense Service Medal, Combat Infantry Badge and numerous other citations and honors. Shortly thereafter in 1946, Secretary of War Robert Patterson noted an irregularity in the lack of black recognition and promised to investigate. At the conclusion of the war, Carter found himself stationed at Fort Lewis, Washington, and politely known as a Negro or colored. A lot of the battlefield camaraderie had faded, however, black Soldiers were becoming increasing common and were blending more into the ranks.

When Carter attempted to reenlist, the Army barred his enlistment and drummed him out of uniform without explanation on September 30, 1949. He received an Honorable Discharge dated October 1949, probably the darkest “honor” of his life.

It is unclear when it became known they had banished the decorated warrior as a suspected communist. It was very clear the Army denied him the life of soldiering he dearly loved.

He moved into a life as a family man and steadily worked in the vehicle tire business the rest of his life. In 1962, although he smoked, he and his doctors attributed the discovery of lung cancer to shrapnel still in his neck. He died peacefully of lung cancer in the UCLA Medical Center, a Los Angeles hospital, on January 30, 1963, at 47 years of age.

Sergeant Carter was laid to rest at the National Cemetery within the Veterans Hospital grounds in West Los Angeles near where he died.

In 1992 Secretary of the Army John Shannon commissioned an independent study to identify unrecognized African American heroes from World War II. In May 1996 the study was completed under the title, The Exclusion of Black Soldiers from the Medal of Honor in World War II. Staff Sergeant Edward Allen Carter Jr. of Los Angeles, California was identified and recommended for honors. January 10, 1997, Sergeant Carter was exhumed from the national cemetery and honored the next day in Los Angeles. On January 13, President Clinton presented Carter’s posthumous Medal of Honor to his son, Edward Allen Carter III in Washington, D.C.

A horse-drawn caisson and full military honors on January 14, 1997, ended his physical destiny following his birth in 1916 and passing away in 1963. Edward Carter, the consummate Soldier, was now finally at rest in the Arlington National Cemetery as befitted his material exodus. His spiritual exodus was also about to end.

In 1998 Allene Carter, his daughter-in-law, received 57 pages of declassified Army documents in response to Freedom of Information Act requests. The documents showed the Army could not find a shred of disloyalty by Carter.

In an emotional ceremony in the Pentagon’s Hall of Heroes, the day before Veterans Day 1999, the Carter family again met with President Clinton. Assisting the Commander-in-Chief was Gen. John Keane, Army Vice Chief of Staff. Gen. Keane presented the Carter family with a set of corrected military records and belated posthumous awards for Staff Sergeant Edward A. Carter Jr. of the Army Good Conduct Medal, Army of Occupation Medal and American Campaign Medal. The Army admitted declassified Army intelligence records showed that any suspicions against the hero had no basis in fact.