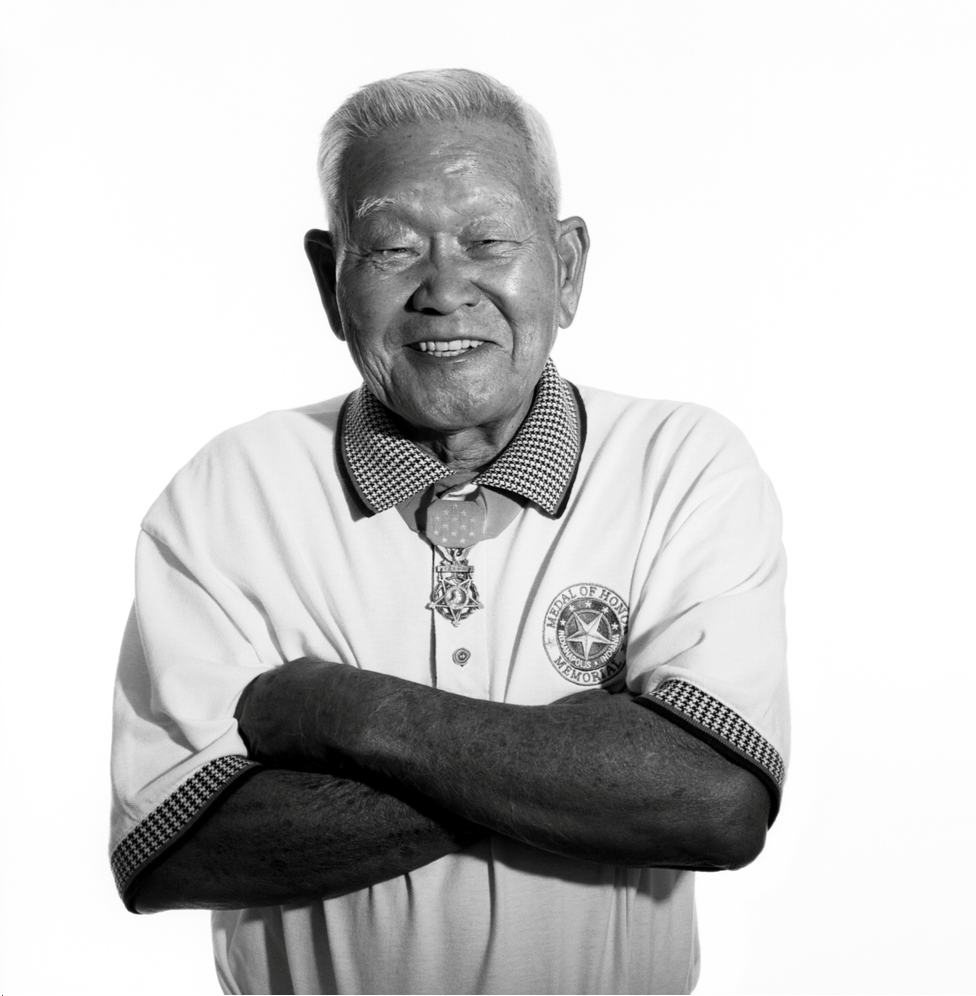 During the Italian Campaign of World War II, German troops were faced with a sight they had never expected: Japanese-American soldiers. These troops were members of the 100th Infantry Battalion, which was comprised entirely of Nisei (children of Japanese Immigrants) troops. What makes this story all the more amazing is knowing how these troops, and their families, had been treated by a scared and hateful populace at home.

Their families, friends, and neighbors were being imprisoned by the American government, over suspicions of seditious or treasonous behavior. But the men of the 100th were proud patriots and wanted to prove to the American populace that one’s heritage doesn’t dictate one’s nationality. The Battalion fought bravely through the Italian campaign and earned the respect both of their peers and their enemies. But when this unit made the first contact with the enemy, one man showed his courage above the rest.

Shizuya Hayashi was born in Hawaii, on November 28, 1917. The son of poor Japanese immigrants he grew up on the Waialua sugar plantation. From about 14 to 22 years old he worked on the farm, helping to repair the equipment. But at 22 he ran away to Ford Island, where he found new work with his valuable mechanical knowledge.

His newfound freedom ended in March of 1941 when Hayashi was drafted into the United States Army. He served as a member of the 65th Engineers, until June 1942 when he, along with many other Japanese American soldiers were secretly transferred to Oakland, California.

The 100th Infantry Battalion had just been created and provided a way for Japanese American men to prove their patriotism. And prove it they did, excelling in nearly every aspect of training.

On August 11th, 1943 the unit set sail for Oran, in North Africa. From there, they set sail again, this time for their final destination: Axis-controlled Italy. On November 29th, the 100th made the first contact with the enemy.

They had marched inland from the initial landings at Salerno. The men trudged forward, marching mile after mile, and defeating the enemy wherever they met them. Hayashi had a nearly endless stream of close shaves as they advanced. From grenades exploding just barely out of range of him to duds landing next to him in a foxhole. But luck wasn’t all that earned him the Medal of Honor.

In his first day of combat, Hayashi and the rest of the 100th were advancing towards an enemy position on high ground. The Germans were sending everything they had against the Japanese-American troops, lobbing grenades, coupled with a terrifyingly accurate rifle and machine gun fire.

While the men around him hugged the ground, hoping to avoid this deadly hail of metal, Hayashi rose and charged forward with his Browning Automatic Rifle. He captured the nearest machine gun nest, killing seven men outright, and two more as they fled from this attack. The rest of his unit advanced, and they took the hill, only to find their new position even less safe.

The Germans had set up an anti-aircraft position, which began spraying shells at them. But Shizuya Hayashi wasn’t about to give up the fight, and returned fire, even though he was totally outgunned. But by some miraculous turn of fate, this brash attack worked. Hayashi killed nine of the enemy, and again charging forward, took four prisoners.

The rest of the German troops in the immediate area fled, fearing they should meet the same fate. Hayashi and the rest of the 100th advanced again, securing the area. For his heroism on that day, Shiyuza Hayashi was awarded the Distinguished Service Cross.

But, in recognition of the true heroism exhibited by him and many like him, this was upgraded to a Medal of Honor by President Bill Clinton in 2000. Many Japanese-American troops were denied full recognition for their amazing bravery during World War II due to the racial prejudice of the time.

What is even more amazing, is that this was only the first day of combat for Shizuya Hayashi, he went on to fight through the rest of the Italian campaign. After the war, he returned to Hawaii, and after receiving the Medal of Honor began speaking to elementary and high school students about his experiences with the 100th Infantry Battalion, making sure the story of that unit would never be forgotten. Hayashi passed away on March 12th, 2008 at the age of 90.

On 18th February 2014, President Barack Obama presented the 100th Infantry Battalion with a congressional gold medal, in recognition of their tremendous bravery and sacrifice in the Second World War.