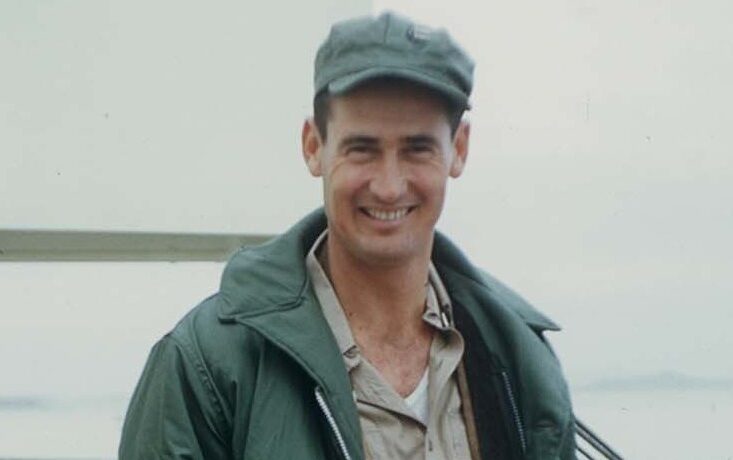 Despite urban legends that say otherwise, Walt Disney was not the most famous person who had their remains cryogenically frozen in the hopes of a future revival. Disney wasn’t frozen at all – but baseball legend and Korean War veteran Ted Williams was.

The legend of Ted Williams’ frozen body has been the subject of rumor and speculation that it was just as much a myth and urban legend as that of Walt Disney’s. Mostly because his will stated that he wanted to be cremated. In the end, a “family pact” written on a bar napkin prevailed in court, and “The Thumper” went to the freezer.

Widely regarded as one of the best baseball players in history, “Teddy Ballgame” caught hell from the American media when he appealed his 1-A draft classification early in World War II to change it to 3-A. He was his mother’s sole source of financial support. He instead enlisted in the Naval Reserve.

Williams spent the early years of World War II playing pro baseball while training to become a naval aviator. During this time, he learned to fly fighter aircraft while earning a Major League Baseball Triple Crown. He also became the last batter with a batting average of over .400. But upon earning his gold wings in 1944, he took a commission in the U.S. Marine Corps to fly combat aircraft.

The same skills that made him one of the league’s best hitters made Ted Williams one of the Marine Corps’ best pilots. His reflexes and coordination were said to have made him a virtual part of the aircraft, breaking the all-time hits records in the USMC as well as the MLB.

He spent much of the rest of World War II training other pilots to fly the F4U Corsair. When the war ended, Williams was stationed at Pearl Harbor, waiting to join the Pacific Fleet in support of the invasion of mainland Japan. He transferred to the Marine Corps Reserve in 1946 and went back to playing baseball.

When the Korean War began in June 1950, Williams was a captain in the reserves and was called to active duty. He eschewed playing for one of the service baseball teams and volunteered for combat duty instead. He hadn’t flown a plane for eight years but refreshed his skills at Marine Corps Air Station Cherry Point.

By 1952, he reported for duty in South Korea, where he flew 39 combat missions against communist targets in the air and on the ground. His wingman for most of those missions was a future senator and astronaut John Glenn, who called him one of the best pilots he knew.

Williams earned three Air Medals while flying in the skies over Korea and was only taken off of flying status after a brief illness revealed an inner ear infection.

His five years in the Marine Corps affected his legacy in Major League Baseball, keeping him from challenging Babe Ruth‘s home run record and setting a record for lifetime RBIs. He never complained, believing it was his patriotic duty to go to work with the Marine Corps, from which he resigned in 1953.

Williams ended his amazing baseball career on a similar high note, hitting a home run on September 28, 1960. He wrote the book on hitting in the major leagues (literally) with a book called “The Science of Hitting.”

In his later years, he suffered from heart problems, including cardiomyopathy, had to use a pacemaker, and had to undergo open-heart surgery in 2001 at age 82. He died of congestive heart failure the next year.

How his body was interred became the subject of debate and immediate lawsuits. According to Williams’ will, he preferred cremation, but his son John-Henry and daughter Claudia produced a “family pact,” signed on a napkin, that stated his desire to be “put into biostasis” in the hopes the family could be reunited in the future.

His eldest daughter, Bobby-Jo, fought the napkin in court, but the napkin prevailed, and “Teddy Ballgame” went to the Alcor Life Extension Foundation in Scottsdale, Arizona – where his head and body are stored separately.

Two years later, John-Henry died of a sudden bout with leukemia, and he joined his father in the Alcor facility in accordance with the napkin agreement.