The Only Woman Ever to Join the French Foreign Legion 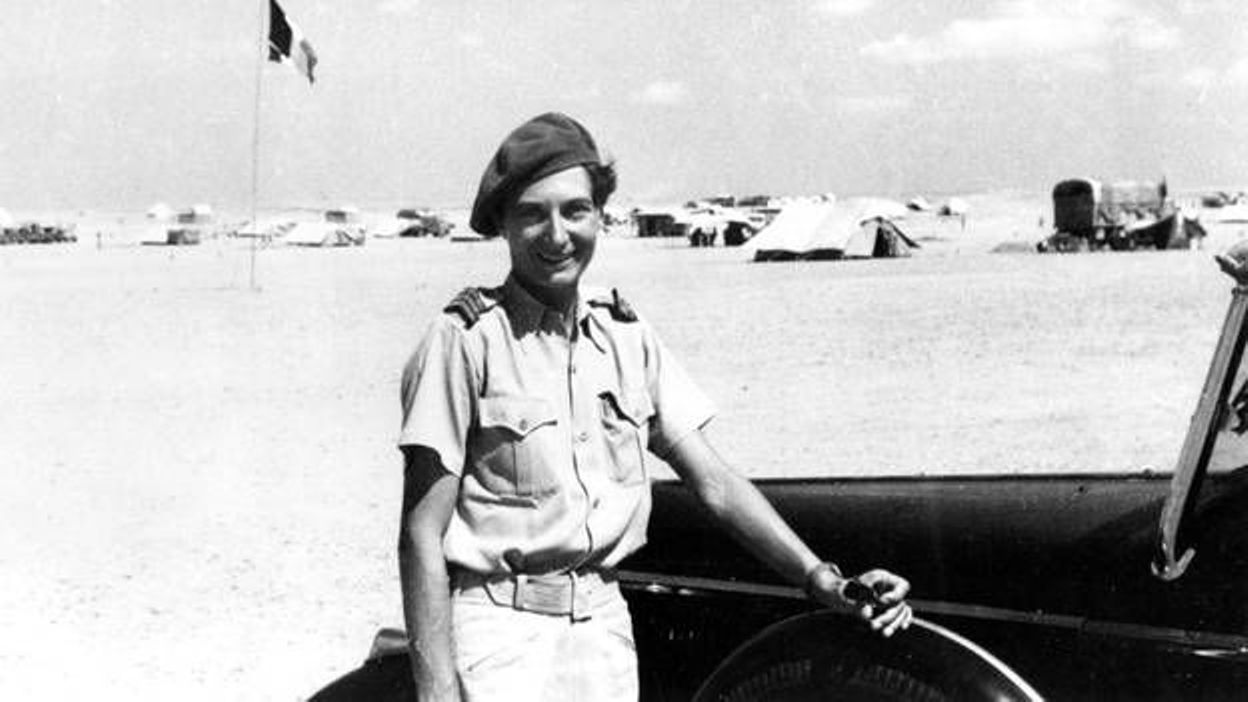 The Legion Etrangere is better known as the French Foreign Legion – a military organization open to men who are foreign nationals. In 1945, however, the Legion made one exception (and so far, the only one) for a very deserving person.

Susan Mary Gillian Travers was born in London on September 23, 1909, to a wealthy family. Her father was Francis Eaton Travers, a Royal Navy Admiral, who married the heiress Eleanor Catherine Turnbull for her money. Theirs was not a happy home, and Travers later claimed she was happier the further away she was from it.

Susan made up for it by becoming a semi-professional tennis player, financed by a doting aunt who helped her become independent. When the Phony War (precursor of WWII) broke out in late 1939, Travers was living in the South of France and loving it. She joined the Croix Rouge -the French Red Cross. It was a decision she regretted immediately.

Having lived a pampered life, Susan had no stomach for sickness or blood. Instead, she joined the French Expeditionary Force as an ambulance driver. In November 1939, they set out for Finland to help the locals in their Winter War against the Soviet invasion.

They were there until April 1940 when Germany invaded Denmark and Norway. The Force fled to Iceland, and from there, back to Britain. Across the English Channel, France had become a divided nation with half (the Vichy French) working with the German occupation and the other half (the Free French) opposing it.

Travers opted to fight the Germans by joining General Charles de Gaulle‘s Free French Forces. She became an ambulance driver for the 13th Demi-Brigade of the French Foreign Legion.

In September 1940, Travers was with the Allies when they attacked the port of Dakar in French West Africa (now Senegal) to dislodge the Vichy forces. They failed and withdrew to North Africa through Dahomey and the Congo, where she continued her duties and lost her squeamishness over blood and gore.

The former socialite had no qualms about sharing the same rough conditions, hardships, and risks as the other men – earning herself the affectionate and respectful nickname, “La Miss.”

Posted to Eritrea, she continued driving for senior officers – showing remarkable skill in avoiding landmines, rockets, and bullets. In June 1941, Travers became the driver for Colonel Marie-Pierre Koenig – her Commanding Officer in charge of the 1st Free French Brigade. Koenig was married, but that did not stop him from having an affair with his new driver and becoming the love of her life.

In May 1942, the couple was with the 8th Army at the Fort of Bir Hakeim in Libya. To one side was the Italian 132nd Armored Division, and on the other were the German 21st Panzer Division and the 15th Panzer Division under the command of General Field Marshall Johannes Erwin Eugen Rommel – the “Desert Fox.”

The Axis forces were trying to get to the town of El Adem, where the British Royal Air Force (RAF) had a base. Their ultimate goal was the Allied-held city of Tobruk – the most strategic port in North Africa. The reason Rommel was called the “Desert Fox” was that he had proven himself both wily and unstoppable on the African front.

Confronted by the French at Bir Hakeim, Rommel confidently told his men it would be theirs within 15 minutes, possibly less. On May 26, he ordered his fighter planes, tanks, and heavy artillery to attack. The French, however, did not fall within 15 minutes.

By June 10, they were still at Bir Hakeim, and Rommel was no longer happy. Neither were the French. They had ordered all their female personnel to leave several days before, and all had – except Travers. She would not leave Koenig behind.

With their food, water, ammo, and other vital supplies gone, Koenig had to bow to the inevitable – they all had to leave. To do so, they had to negotiate a minefield and three rings of Axis forces intent on blowing them to smithereens. Or they could surrender. Koenig was not about to do that.

Late at night, he asked Travers to lead the escape in his staff car. She later claimed it was “a delightful feeling, going as fast as you can in the dark. My main concern was that the engine would stall.”

Thankfully, it did not, but her concerns changed when a mine exploded. Seconds later, tracer fire lit up the skies, followed by tank shells and bullets from every direction. They had to keep going; the momentum could not be stopped. The others followed in their cars – even when she drove straight into a line of parked German tanks.

They made it to British lines by 10:30 AM the following day. Travers realized then her car had been hit by eleven bullets, while her shock absorber was gone. Also, her brakes.

Koenig became a hero, and as heroes sometimes do, returned to his wife. Travers continued driving for him until she was injured when he decided to drive and went over a mine. They stopped seeing each other after that.

In May 1945, she formally applied to join the Foreign Legion but did not mention her gender. They accepted her, and de Gaul made her a General. Travers saw further service in Italy, France, and Germany, and later, in Vietnam during the First Indochina War.

She saw Koenig again in 1956 when he pinned the Medaille Militaire on her chest. All he said was, “Well done, La Miss,” and that was that. She also got the Croix de Guerre and the Legion d’Honneur in 1996.

Travers waited for Koenig and her husband to die before publishing her memoirs in 2000. Called Tomorrow to be Brave, she co-wrote it with Wendy Holden to let her grandchildren know just how “wicked” she had once been.