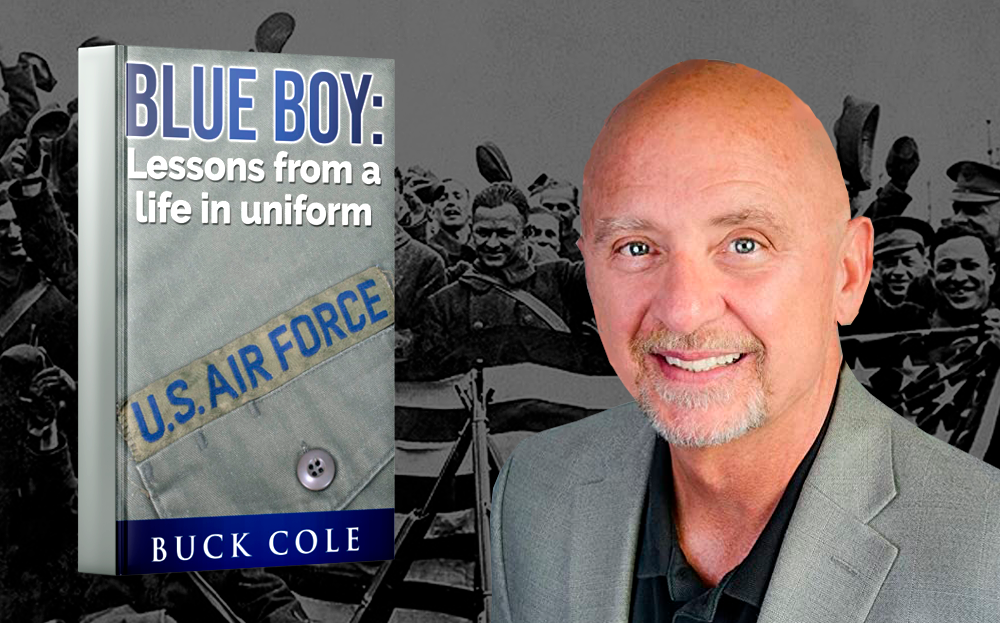 Every veteran has a unique and interesting story to tell. Many of us are plucked out of our lives in the United States and sent to join our chosen branch of service, where we often travel around the country and around the world, engaging our senses in a series of new experiences. Air Force veteran Buck Cole is one of us.

Cole is not only a veteran; he’s a retired history teacher, which gives him a unique perspective on what to teach us about the lessons he’s learned and – more importantly – how to go about teaching us.

As a veteran who served during the Cold War, he will tell you he was never stationed in a war zone and his only taste of combat came in the form of a bar fight with a sailor in the Philippines. One day, Cole watched a retired Army colonel give a Veterans Day speech to a group of middle schoolers. The colonel spoke in grand “platitudes” about moral conduct, sacrifice, and honor.

A great concept for a Veterans Day speech, Cole thought, but not something that would engage younger generations or their interest in military life and service. Instead of doing something similar, Cole told a story about how he and his barracks bunkmate almost set their building on fire while cooking rice. It wasn’t a grand story, but it was an authentic and fun story about military life.

Cole began to think about all the great stories he’d accumulated during his 11 years of service. From leaving his home in Texas and traveling to the Philippines, Europe, and back to the States over the course of his career, he’d garnered many. He set out to retell them in a way that avoided the feel of a Hallmark greeting card.

His stories begin in Waco, Texas, where he grew up in the 1960s and decided to join the U.S. Air Force during the height of the Vietnam War. Younger veterans will relish his descriptions of what it was like to make the transit to basic training at the time.

Air Force veterans will recall their own first experience at Lackland and how some things don’t change – like “rainbow flights,” “dorm chiefs,” and “Dear John” letters. The book is also full of memories from bases long gone, like those of Chanute and Clark Air Force Bases.

Each story is packed with nostalgia, reflections, and lessons learned that anyone with even a cursory interest in history or military service will have trouble putting down. It quickly becomes apparent that so many of us share the same thoughts, whether we joined in the 60s, 80s, or 2000s.

“Blue Boy: Lessons From a Life In Uniform” is his collection of stories and life lessons from Buck Cole’s Air Force career. Some 42 years after leaving the service, he published the book in 2022. The journey of writing a book turned out to be a lesson in and of itself, as he struggled to check his facts and choose which stories to tell. His lesson: Don’t wait 50 years to write your own story.

If you enjoyed learning about Blue Boy by Buck Cole, we invite you to read about other military book reviews on our blog. You will also find profiles in courage, veterans’ service reflections, famous military units and more on the TogetherWeServed.com blog.  If you are a veteran, find your military buddies, view historic boot camp photos, build a printable military service plaque, and more on TogetherWeServed.com today.