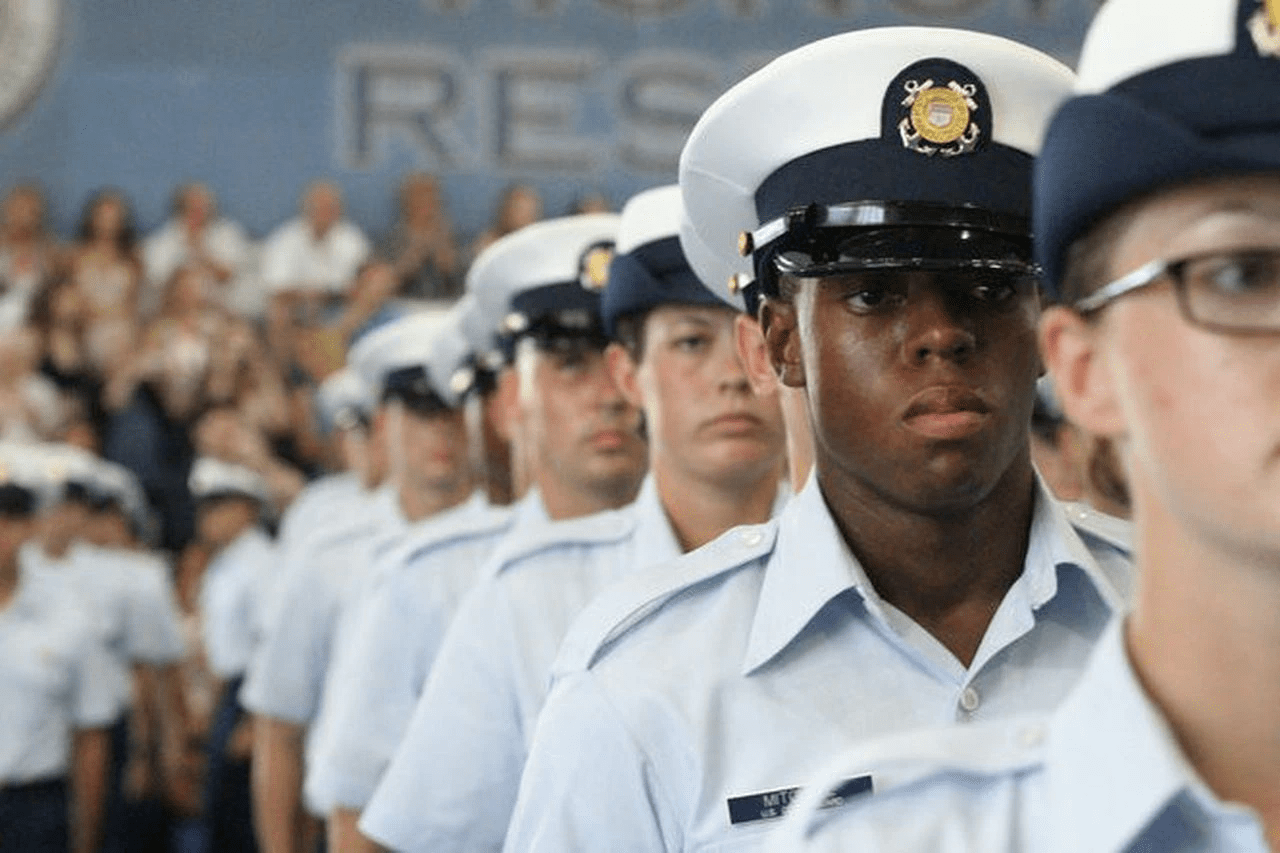 All You Need to Know About U.S. Coast Guard Boot Camp

The Coast Guard’s training center is in Cape May, NJ. Over the eight weeks of their training, Coast Guard recruits will learn a wide range of skills.

To get through basic training, it helps to spend time working on your physical fitness before reaching Cape May. Male recruits must be able to do 29 pushups in a minute, 38 situps in a minute, a mile and a half in under 12:51, and tread water for five minutes, jump off a six-foot platform, and swim 100 meters. Female recruits have the same requirements for the swim circuit but only have to do 15 pushups and 32 situps in their minutes. Their 1.5 miles run time must be under 15:26.

It’s important to remember that there are substantial restrictions on personal liberty while at boot camp. Recruits cannot smoke, have cell phones, wear contact lenses, or have over-the-counter medication to hand during basic training. Even prescription medication must be suspended while a military doctor determines its necessity. This includes birth control pills. Recruits wear what they’re told, go to bed when told, wake up when told, eat when told, and even use the restroom when told. It can be a difficult adjustment process for some recruits. The Coast Guard basic training attrition rate is generally considered the highest in the Armed Forces, higher even than the Marine Corps. Its academic requirements are the most stringent.

In 1948, all east coast entry-level training was shifted to the Cape May Coast Guard base, which the force had taken over from the Navy in 1946. All recruit training functions were consolidated in Cape May in 1982. There are other training centers that recruits may proceed to if they are required to complete ‘A’ school before their first assignment.

Training Center Yorktown is located in Yorktown, VA. It has belonged to the Coast Guard since 1957 and currently instructs apprentices in the following ratings:

Recall Your Boot Camp with Together We Served

Together We Served offers Coast Guard veterans the ability to reconnect with their shipmates from boot camp or any other stage in their military career. Getting started is easy. Create a free account and fill out your service profile, detailing your unit assignments and boot camp along with associated dates. Our database will bring up other accounts belonging to veterans with details that overlap with yours. Every year we help countless veterans rekindle old friendships.