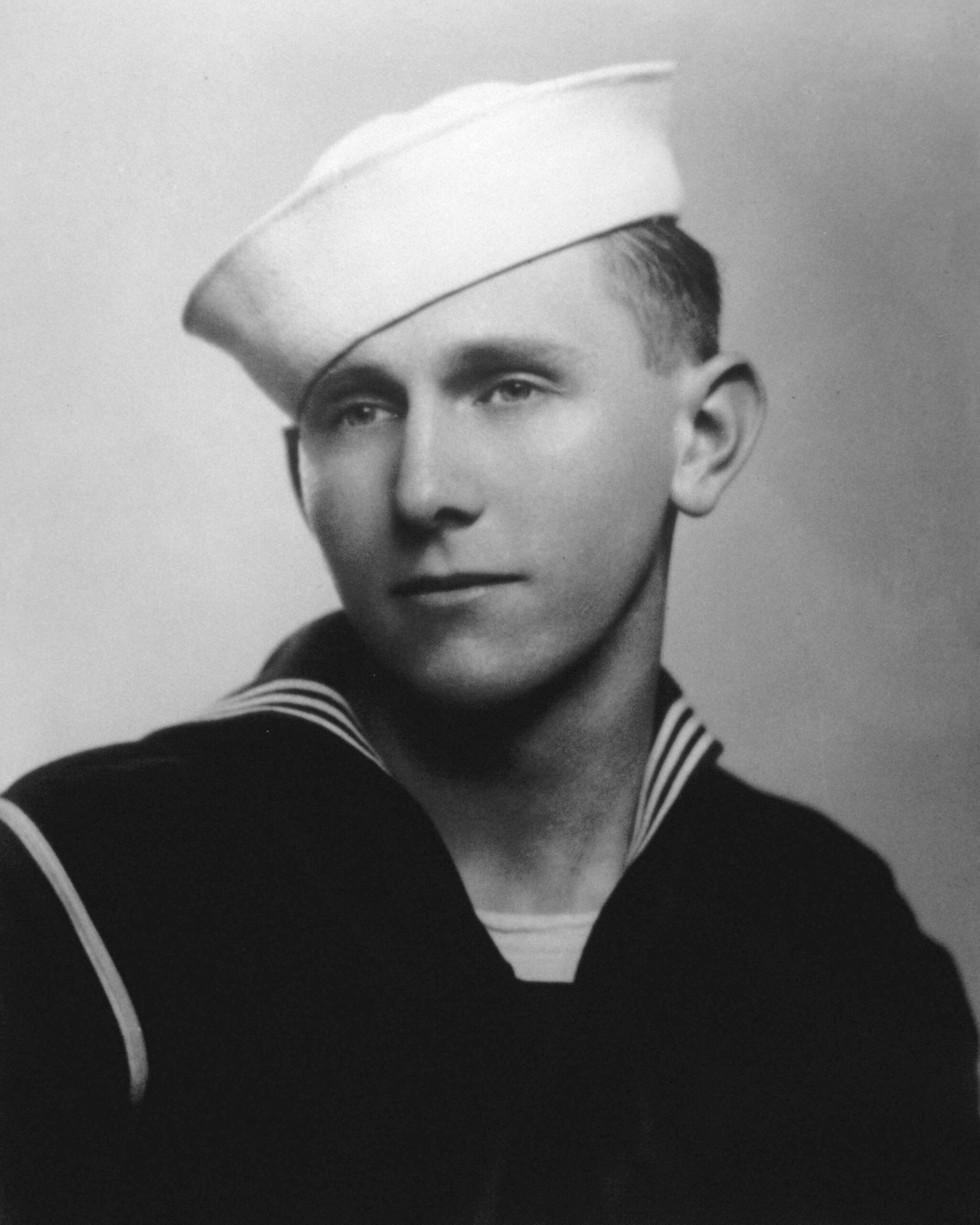 During the World War II fight for Guadalcanal, three companies of United States Marines were cut off from the main force fighting along the Matanikau River. Surrounded and outnumbered, Marine Corps leadership believed the men would be annihilated – all but one, that is.

Lt. Col. Lewis “Chesty” Puller wasn’t about to let three whole companies die if he could do anything about it. If anyone could, it was Chesty. He flagged down the destroyer USS Monssen, organized a relief force of Higgins boats to withdraw the men, and directed the Monssen to provide cover fire.

The officer in charge of the Higgins boats was Signalman 1st Class, Douglas Munro. Rarely, if ever, has the U.S. military had such a legendary one-two punch of heroism as it did that day at Guadalcanal.

Munro was a lifelong patriot who spent time living in Canada with his family. When they returned to the United States in 1922, young Douglas became actively involved in high school sports and the Sons of the American Legion. He went to college but, like many Americans, saw war on the horizon and decided to drop out and enlist.

Enlisting with him was his good friend and future shipmate, Raymond Evans. The two men met at the entrance processing station in Seattle and were inseparable for the duration of their service. They both went through Coast Guard training at Port Los Angeles and deployed to the Pacific together. They became known to shipmates as “the Gold Dust Twins.”

He chose the U.S. Coast Guard because its primary mission was saving lives. And Munro was good at it. He decided he would make a career out of the Coast Guard. After the Japanese attack on Pearl Harbor, Munro volunteered for combat duties and was sent to train U.S. Navy sailors in shallow-water operations.

As a combat Coast Guardsman, his duties were twofold. He served as a coxswain driving the transport ships that ferried United States Marines to the beaches they were assaulting. Once ashore, he would facilitate ship-to-shore communications between the Marines and the Navy.

He first landed Marines on beaches in the Solomon Islands on Tulagi and Gavutu–Tanambogo. The successful Allied invasion of these islands was also the start of the Guadalcanal campaign. It would be at Guadalcanal where Douglas Munro would earn his place in history.

Shortly after the Allied successes as Tulagi and Gavutu–Tanambogo, Munro, and Evans (who was also a Coxswain) were sent to Naval Operating Base Cactus to support the Guadalcanal campaign. It was there that Chesty Puller called on them to land his Marines – and then rescue them.

Once the 500 Marines were surrounded, Puller used the destroyer’s signal lamp to order them to return to shore. The Monssen then cleared a path for them using the ship’s 5-inch guns. But someone still needed to go get them.

When asked if he would command the flotilla of five landing craft, Munro’s response was “Hell yes!” Right by his side, as always, was Raymond Evans.

As the LCTs approached the landing points, they came under intense enemy fire. Munro used his LCT‘s .30-caliber machine gun to provide cover fire. The extraction was successful, but one boat got stuck on a sandbar. While directing another boat to help the stuck LCT, Munro positioned his boat between the Japanese and the beach to act as a shield for the Marines.

But Munro was shot in the base of his skull while helping the grounded LCT. It was eventually lifted away, but Munro was unconscious, and everyone else on his boat was killed or wounded. Raymond Evans took the wheel and, shooting with one hand and steering the boat with the other, took over. He piloted his boat to distract the Japanese from the retreating Marines.

In a perhaps apocryphal story, Evans later said Munro briefly regained consciousness, asking his fellow Gold Dust Twin, “Did they get off.” When Evans nodded, Munro smiled and was gone.

Evans was awarded the Navy Cross for his actions at Guadalcanal, one of only six Coast Guardsmen to receive the nation’s second-highest honor. Munro was awarded the Medal of Honor for his extraordinary heroism and remains the only Coast Guardsman with that distinction.

It was Chesty Puller who wrote Douglas Munro’s Medal of Honor recommendation, and today, Douglas Munro is the only non-Marine represented in the National Museum of the Marine Corps’ Wall of Heroes.